Microwave cooking is one of the most important causes of ill health. It is certainly one of the most ignored. There was a lawsuit in 1991 in Oklahoma. A woman named Norma Levitt had hip surgery, but was killed by a simple blood transfusion when a nurse “warmed the blood for the transfusion in a microwave oven!”
— Read on www.pravdareport.com/health/88812-microwaves_killing_effect/

Editor’s note: PULSE is delighted to welcome Grant F. Smith, director of the Institute for Research: Middle Eastern Policy (IRMEP) and author of many books, including America’s Defense Line, as our new feature contributor. In his first post Grant reveals the emerging details of the secret battles between the Kennedys and the Israel lobby. The…
— Read on pulsemedia.org/2009/08/28/the-kennedys-vs-israels-lobby/

Assaults on Christian sites show terrorists are apostates as well as murderers. 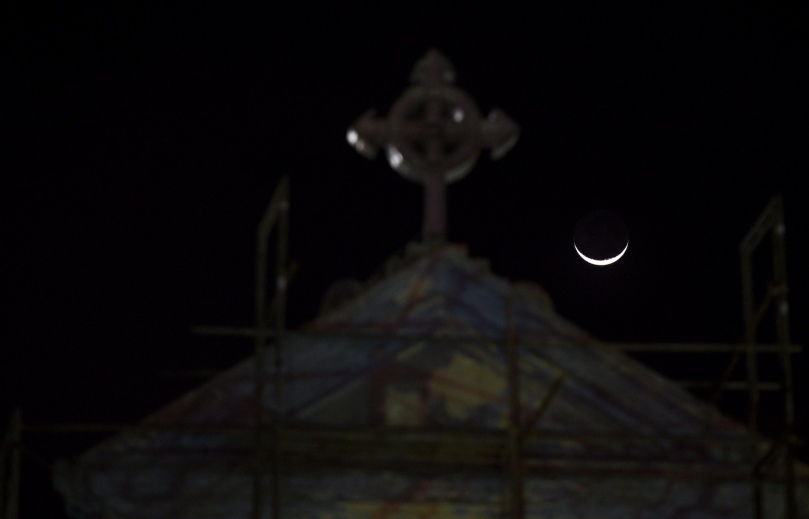 A crescent moon is seen over St Anthony’s church after it was partially opened for the first time since the Easter Sunday attacks in Colombo on May 7, 2019.

The attacks by an Islamic State-affiliated group against Christians on Easter morning in Sri Lanka last month fall into a long-established pattern. Back when the Islamic State was expanding in northern Iraq in 2014 and 2015, the region’s 1 million Christians were some of its main targets, as well as Yazidis, Shiite Muslims, and other religious minorities. Churches were razed and Christians issued with an ultimatum: exile, conversion, or death.

END_OF_DOCUMENT_TOKEN_TO_BE_REPLACED

Washington D.C., May 2, 2019 – During 1963, President John F. Kennedy was preoccupied with issues such as Vietnam, the nuclear test ban negotiations, civil rights protests, and Cuba. It is less well known, however, that one of his most abiding concerns was whether and how fast Israel was seeking a nuclear weapons capability and what the U.S. should do about it. Beginning in
— Read on nsarchive.gwu.edu/briefing-book/nuclear-vault/2019-05-02/battle-letters-1963-john-f-kennedy-david-ben-gurion-levi-eshkol-us-inspections-dimona